Posted by GuruBoi about 3 months ago
(49 Views)

The Federal Polytechnic, Ado Ekiti has been closed and the Students’ Union Government (SUG) banned with immediate effect. These actions were as a result of a violent protest staged by the students on the 1st of November, accusing the management of the school of interference in the affairs of the SUG and also trying to put up their lackeys in positions of leadership during its election held on Thursday.

The institution’s Director of Protocol, Information and Public Relations, Adeyemi Adejolu, on Sunday, issued a statement denying the students’ claims saying the authorities were not interfering with the union’s affairs in any way. He also said the protest carried out by the students was needless and unwarranted and based on mere rumour from unreliable sources.

He added that the management had nothing to gain by imposing stooges in the union. According to him, the decision to shut the polytechnic was arrived at during an emergency joint meeting of the Academic Board and Management Committee held on Saturday.

“The attention of management of the Federal Polytechnic, Ado-Ekiti, has been drawn to insinuations suggesting that the students’ protest of Friday, Nov. 1, 2019 was caused by an alleged imposition of candidates in the students’ union elections, which held the previous day”.

“For the avoidance of any doubt, it has never been in the tradition of the institution’s management to impose candidates under any guise in the electoral process of all unions at the polytechnic”.

“Also for over two decades now, students’ union electoral processes are run and conducted by the students themselves through their accredited representatives called APECO.

The management only engages in monitoring the process by ensuring that the rules set for they set for themselves are strictly adhered to, under a well- secured atmosphere,” he said. Mr Adejolu said the management was surprised at the last “unprovoked” protest and “unverified” allegations raised against them.

“Management has consequently affirmed that all students resident on campus should promptly vacate their accommodation on a week compulsory break,” he said.

The institution’s spokesman said the students would be resuming on the 10th of November, and commencing their second semester examinations on the 12th of November. He also announced the placing of an embargo on all activities of the union with immediate effect. According to Mr Adejolu, an 11-man committee had already been set up to look deeply into the causes of the protest. 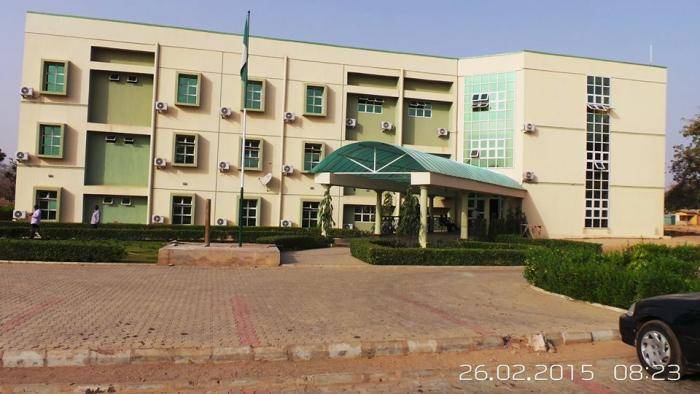